Ieri ho finito di leggere un libro delizioso: Red, White & Royal Blue di Casey McQuiston. Ecco una breve sinossi: What happens when America’s First Son falls in love with the Prince of Wales? When his mother became President, Alex Claremont-Diaz was promptly cast as the American equivalent of a young royal. Handsome, charismatic, genius—his image is pure millennial-marketing gold for the White House. There’s only one problem: Alex has a beef with the actual prince, Henry, across the pond. And when the tabloids get hold of a photo involving an Alex-Henry altercation, U.S./British relations take a turn for the worse. Heads of family, state, and other handlers devise a plan for damage control: staging a truce between the two […] 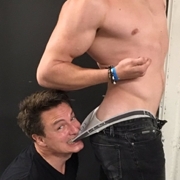 Qualche giorno fa è uscita la notizia della visita del Principe William ad un’associazione lgbt londinese. Durante una breve intervista ha parlato di come reagirebbe se uno dei suoi figli facesse coming out. Prince William has spoken out to say he’d fully support his child if they were LGBT, stating he’d be “absolutely fine” with it. William said his only concern would be the “hate or persecution” George, Charlotte or Louis may face by being a member of the Royal Family. He added: “I support whatever decision they make, but it does worry me from a parent’s point of view how many barriers, hateful words, persecution and discrimination that might come. That’s the bit that troubles me a little bit. […]