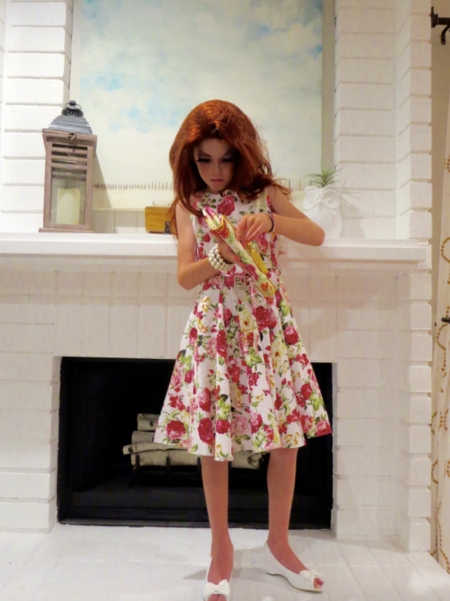 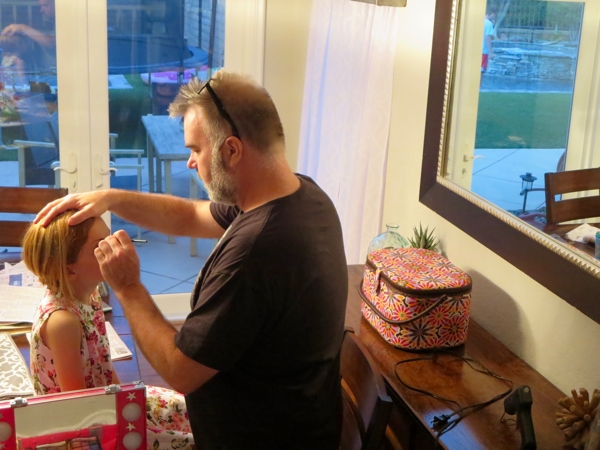 This year when I asked my son what he wanted to be for Halloween his answer surprised me. To be perfectly honest, most of the things that come out of my 9-year-old’s mouth surprise me. So why would this answer be any different?

Since C.J. discovered and became obsessed with RuPaul’s Drag Race seven months ago, I’ve made it a point to sit down with him and watch it. It’s not one of my favorite shows, but that doesn’t matter to me. He loves it; and because he loves it, I sit with him and feign interest. I tell him I like the drag queens he likes and I love the dresses he loves. I’m sure he knows that if I had my choice I would be watching a football or baseball game, but he also knows that I’ll sit next to him on the couch, watch episode after episode and get excited when he gets excited.

Parenting a child like C.J. has it challenges and struggles but he always knows he is loved and supported by his dad. Both of my boys know they are loved for who they are, exactly the way they are.

C.J.’s heroes and interests are vastly different than mine were at his age. When I was 9 years old, my world revolved around football and baseball. I dreamed of playing both sports professionally.

My heroes were professional athletes who excelled in their sport and my gender nonconforming son’s hero is a strong, confident, race winning drag queen.

I never got to meet my heroes. But, last night, C.J. got to meet his. Once he got over the initial shock, he started crying happy tears. And I did too.

Bob The Drag Queen has proven to be a person worth admiring. After reading my wife’s essay about our son dressing up as him for Halloween, Bob rearranged his schedule, worked until the early morning and then flew across the country to trick or treat with my son. I couldn’t thank him enough, even though I tried for most of the night.

People have asked me how I can let my son have a drag queen for a hero and dress up as one for Halloween.

I point out that my hero when I was 9 years old was Raiders football defensive end Lyle Alzado. Alzado went on to admit he illegally used anabolic steroids throughout his career and ended up dying of brain cancer he said was caused by abusing steroids. My baseball hero was “Charlie Hustle” himself, Pete Rose. The same Pete Rose who has been permanently banned from baseball and the Hall of Fame for illegally placing bets on games while playing and coaching. The men who were my heroes as a kid turned out to be cheaters. Would idolizing a professional athlete be better than idolizing a drag queen? I don’t think so – but it would make a lot of people feel more comfortable. My job is not to make other people feel comfortable; my job is to make my son feel comfortable. And loved, strong, confident and important.

Last night I watched Bob do my son’s makeup, fix his wig and hold his hand as they trick or treated together. They smiled and laughed the whole time. They were in a world of their own. I got to follow behind them, soak it all in and hold purses and jackets as needed.

It was the best night of my son’s life and it was one of mine, too. Thank you, Bob.

This site uses Akismet to reduce spam. Learn how your comment data is processed.